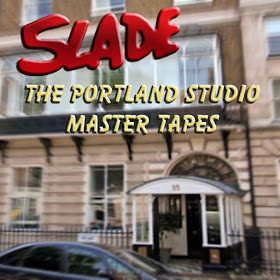 Much has been said in Slade circles (off the record) about the so-called 'Portland Tapes' which have been said to exist for the last couple of decades. I heard the story a few years back and was told that they had been transferred to tape but nobody seemed to have a copy. I dismissed it at the time as an 'urban myth' until recently when I received a cassette tape. Asking questions about the recordings put me in touch with the present owner of 'The Portland Tapes' who was kind enough to supply photos and documentation that prove the authenticity of the tapes.

Portland Place is a street in the Marylebone district of central London, sandwiched between the Langham Hotel and BBC Broadcasting House. The major record companies all had their own recording studios but opposite the BBC in Great Portland Street there was a small independent studio that played its own part in music history. 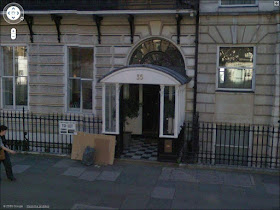 This was the INDEPENDENT BROADCASTING CORPORATION at 35 Portland Place, London, W1N 3AG. 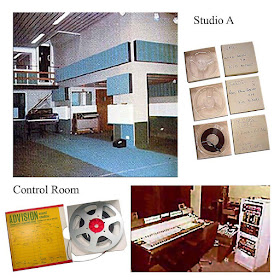 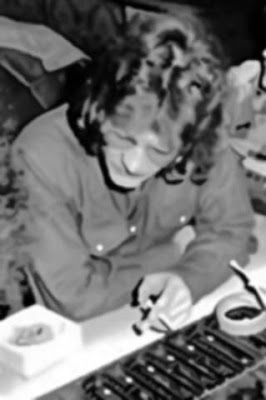 When IBC decided to sell their studio in 1976, Chas Chandler was interested. He had been using IBC for some of the acts he produced including Slade and within weeks he became the new owner. The stereo room was still in good working order and he made it even better by employing the legendary George 'Porky Primecut' Peckham, which insured that the place was full of laughter. He also retained cutting engineer Brian Carroll who had worked there since 1965. 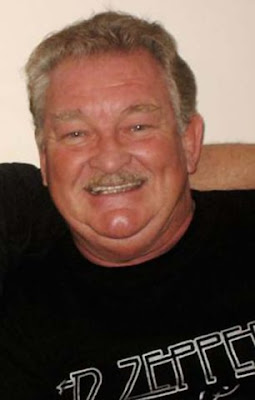 Now it became Portland Recording Studio incorporating Barn Records, which meant that Slade now had their own studio. It was unfortunately the time of their decline in popularity and when Polydor Records dropped them in 1977 they began to release records on the Barn label. 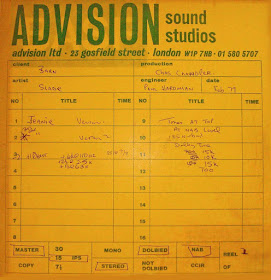 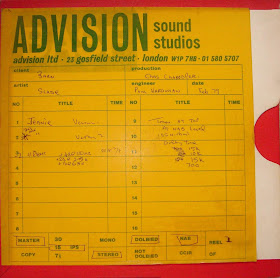 A few streets away there was another studio. Advision in the 1960's,
During the seventies, the industry changed and Advision had to find a new niche - they became one of the leading rock industry facilities.

In the late 70's, Geoff Oliver started a company called RadioTracks in partnership with Chas Chandler. He later formed The Sound Company and took over the ex-Advision building. 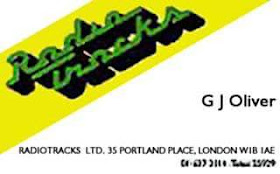 "I was based at IBC as part of Broadcast Marketing Services who shared a common director. BMS block-booked Studio B and built another small studio in the mews part of the building, opposite The Dover Castle in Weymouth Mews - where the wonderful barmaids would attend to our every need. When Chas Chandler bought IBC & imaginatively renamed it Portland Recording Studios, Chas & myself formed RadioTracks specialising in radio commercials and the then Post Office "Dial a Disc" service. Later, when Chas sold out to Don Arden, I eventually raised enough to buy myself out and relocated RadioTracks to Great Titchfield St.

I believe a number of bands would record at both studios depending on availability, and due to their close proximity there would have been some staff social interaction in the pubs - though they were great rivals."
Geoff Oliver - The Sound Company

Chas Chandler later sold the studio to Jet Records which was owned by Don Arden. Three large reels of 1/4 inch tape and three boxes of smaller reels were found, that had apparently been left behind in the building. The recordings, commissioned by Barn and produced by Chas Chandler, were performed by Slade in 1978/9. 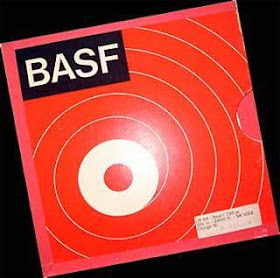 Jeanie, later re-named Ginny Ginny, was engineered by Paul Hardiman in February 1979, probably in Studio A. There are two versions and the second is marked as the groups preferred version. Ginny, Ginny was officially released three months later on 18th May 1979 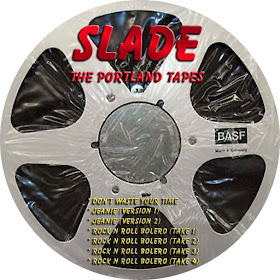 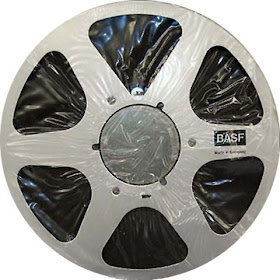 Don't Waste Your Time was engineered by Andy & Dave (Andy 'Pugwash' Miller) in Studio A, on the 13th March 1979. The recording is marked Dolby A, +3db, with an EQ Curve of N-A-B and there seems to be T2 and a copyright symbol after the title (see pic below). If anybody would like to explain that studio gibberish, I'd be happy to read it. It was officially released, for the first time, on the album, Return To Base, on 1st October 1979. 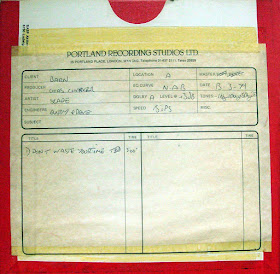 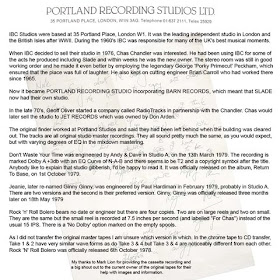 Rock 'n' Roll Bolero bears no date or engineer but there are four versions offered. 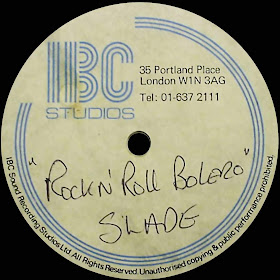 Two are on a 10" reel and the other two are on a 5" reel. There are three of the smaller reels but two of them are empty spools. 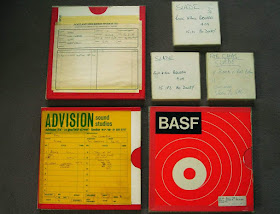 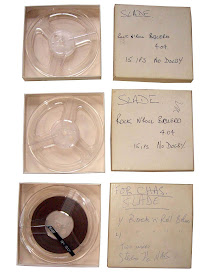 The 10" tape has notes stating 'Same as 5" reel' but the 5" reel is recorded at 7.5 inches per second (and labelled "For Chas") instead of the usual 15 IPS. There is a 'No Dolby' option marked on the empty spool boxes.


As I did not perform the transfer the original master tapes I am unsure which version is which. In the chrome tape transfer, Take 1 & 2 have very similar wave forms as do Take 3 & 4. I think it's fair to say there were only two studio recordings made by the group. 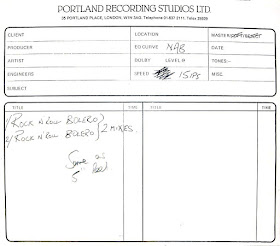 It would be interesting to know which two came from the tape marked "For Chas". Rock 'N' Roll Bolero was officially released 6th October 1978. 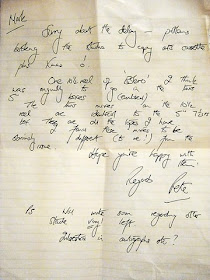 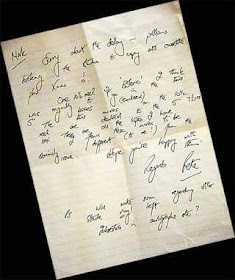 The original 'finder of the tapes' worked at Portland Studios and said they had been left behind when the building was cleared out. The tracks are all original studio master recordings and, as you would expect, they all sound very similar to the officially released recordings but with varying degrees of EQ in the mix-down. 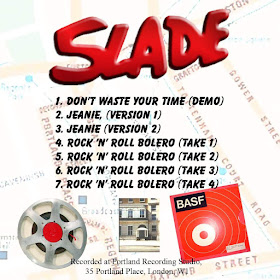 "I have got them, they are the master tapes with full studio notes in all the original boxes and in good condition. I bought them in good faith from someone over 10 years ago and had them transferred to digital audio tape.

They were first seen in public at the Slade Exhibition in Walsall. I don't know how they got into the display. There was a lot of filler in the display cases but I remember the tapes caught my eye because they were the only items I hadn't seen before.

A few years later I received a phone call from this guy saying he had some master tapes that he thought I might want to buy them. I was told by the seller that he knew someone in the studios. They were discovered and passed on to him when Portland closed down."
The Current Owner 2009

Around 1995 the original owner took them into a studio in Edinburgh and had them transferred to CD prior to selling them to somebody overseas. This was probably the recording that found its way into my collection.

Since these tapes were found during the closure of Portland Studios, I would say there's a fair chance that these are the master tapes that the officially released versions of the songs were taken from.

The historical info on this page has been borrowed from two great sites, one put together by Brian Carroll who worked at IBC and the Advision info is from The Sound Company site which is full of interesting trivia. My thanks to Mark Lion who pointed me in the right direction and a big thank you to the current owner of the tapes for providing the media.