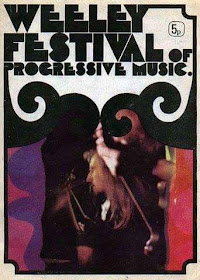 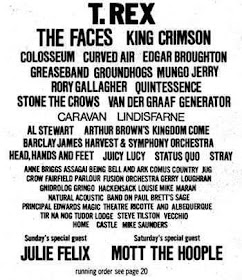 Despite extensive research, no mention can be found of Slade at Weeley but Dave Graham is adamant that he was there, as a thirteen year old lad, with friends and witnessed Slade performing 'Get Down With It' (and other songs he does not recall).

"We rode their on our bikes without telling our parents. There was a lot of rumours about the Hells Angels coming down for a battle. We just walked in, nobody asked for money or tickets. I remember all the groups looked the same until Slade came on all brightly dressed and loud. The only song I recognised was Get Down With It but it was definitely them."
Dave Graham: 30th August 2011 (Slade In England) 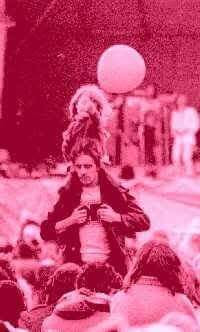 He also spoke to Don Powell about it, many years later and Don thought he remembered the location. 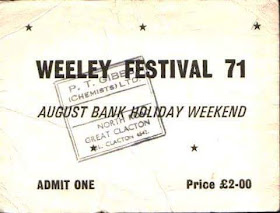 Pat Bodin at Clacton Library was kind enough to look into their archives and, despite many pages being written on the event, East Essex Gazette and the press of the day failed to mention Slade's appearance. Even John Ogden in the Wolverhampton Express & Star although he had plenty to say about the group? 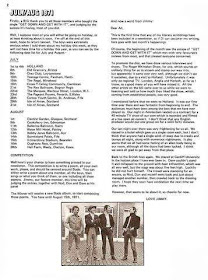 Fortunately, the Slade Fan Club Newsletter from the time includes mention in their tour dates.